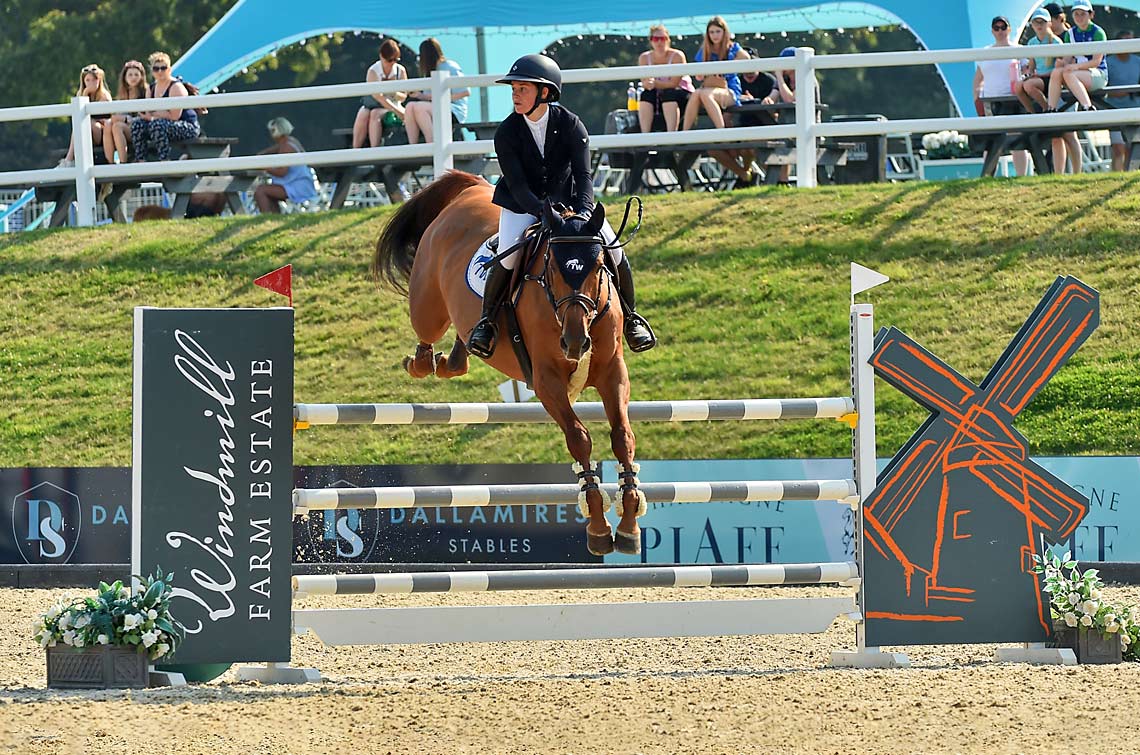 The FEI WBFSH Jumping World Breeding Championships for Young Horses, hosted by Domain Zangersheide, are underway at Lanaken in Belgium.

An highlight on the showjumping calendar, the 27th edition of the event will see the best five, six and seven-year-old young horses compete for prestigious world titles. It also showcases the connection between sport, breeding and trade to a worldwide audience.

The competition starts today, the 22nd of September, with first qualifying for the three young horse classes and culminates with the finals this Sunday the 27th of September.

Thirty-one British athletes are contesting the championships, with 48 horses between them. Several horses and riders took part in the Al Shira’aa Bolesworth Young Horse Championships back in August, with the winners of the 6yo and 7yo final classes, namely Nicole Lockhead Anderson on Chac Boys Centura Ps and Olivia Gent with Brownheath Bodacious, earning their passage to Lanaken directly from Bolesworth.

Lockhead Anderson has six horses out in Belgium and Gent has two, in addition to their 6yo and 7yo horses, they also have horses in the 5yo class. Other showjumpers who competed at Bolesworth, and are representing Great Britain at the FEI WBFSH Jumping World Breeding Championships, include – amongst many - Leo Lamb on 6yo Gmail, Louise Saywell with 7yo Pheline Van ‘T Hageland, Nicole Pavitt and 7yo Noble Lord, John Crippen on 6yo Bennys Kelly, and Christopher Smith with One Gem.

When Lockhead Anderson won the Windmill Farm Estate 6yo final at Bolesworth, she said, “I went as fast as I could. Tom (Williams) said just go for it but make sure you’re clear. Luckily it paid off. I’ve been with Chac Boys since April she is so careful; she jumps every fence the same she’s got a very bright future and keeps stepping up. I’m very excited for Lanaken as I’ve never been.”

Gent with her own British bred gelding Brownheath Bodacious in the Al Shira’aa 7yo final said, “It’s a fantastic feeling, the stuff dreams are made of. I just hoped I was fast enough. I’m very excited to be heading to Lanaken, especially with my own British bred horse. It will be a lot of pressure, but it will be a great experience.”

In addition to the British riders competing over in Belgium, Al Shira’aa, title partner of the Bolesworth Young Horse Championships, has two horses entered who qualified at the August event. Abdullah Mohd Al Marri will jump with Casallcina Z in the 5yo class and Lucardo O in the 6yo.

Bolesworth’s managing director Nina Barbour added, “We are delighted that our Al Shira’aa Bolesworth Young Horse Championships played an instrumental role in helping so many top-class British and UAE riders and horses make the journey to this huge event at Lanaken. We’re following their progress and wish each and every one of them the very best of luck – we look forward to seeing the medals!”

More information is available at www.lanaken.zangersheide.com